One year ago I accepted an invitation.  I didn’t know then that it would be an acceptance that  would change my life.  Perhaps that sounds a little dramatic?  Nevertheless, when I look back over the last twelve months and catalogue the differences, it feels like a fair assertion.

The invitation came from Authorlab colleague, Chris Paton who writes as Christoffer Petersen.  ‘How about joining in with Nanowrimo?’ he asked me.  Back then, I didn’t know much about the forum that encourages authors to write up to 50,000 words during the month of November.  The forum works on the basis that online writing buddies support each other through the ups and downs of putting together the first draft of a novel.  Chris and I spurred each other on.  During that month I worked to complete a novel I had started for my MA in Professional Writing.  The novel, Forgotten Children, had itself been forgotten and it was a good feeling to re-immerse myself in the plot and get to know the characters.  I didn’t achieve my 50,000 words, but by the end of the month I had got into the habit of writing daily.  More than a habit, that daily writing became a comfortable addiction.

By Christmas 2016 I had finished the draft of Forgotten Children and sent it out to friends and family for comment and feedback.  But I wanted to keep writing.  In February 2017, while strolling along a beach in southern Spain with my faithful Scottie dog, Hamish, I had an idea for another novel.  Continuing my daily writing habit, I started drafting.  Then in April, Chris suggested we commit to Campnano, which works in a similar way to Nanowrimo.  With a daily target to push me on, I managed to complete the first draft of The Tapestry Bag.  During the spring and summer I beavered away drafting and re-editing until I was ready to send The Tapestry Bag out to the world.

While writing The Tapestry Bag I got to know my key character, Janie Juke, very well.  So well, in fact, that I realised she deserved a series of stories.  Janie is a young and unlikely librarian who has a passion for Agatha Christie novels and sees herself as a budding Hercule Poirot.  The Janie Juke crime mystery series is set in the late 1960s in Tamarisk Bay, an imaginary seaside town, modelled on my home town of St Leonards-on-sea.  As Janie goes about her library work she discovers many of the characters in this sleepy resort are not quite what they might appear.  She cleverly weaves her way through a puzzle of clues, unwrapping secrets and challenging lies.

The second Campnano in July helped me to complete the second in the Janie Juke mystery series, Lost Property, where Janie is approached by a Second World War pilot to track down an old friend.  In Lost Property Janie teams up with local journalist and friend, Libby Frobisher, and between them they delve into the past in order to solve the mystery. 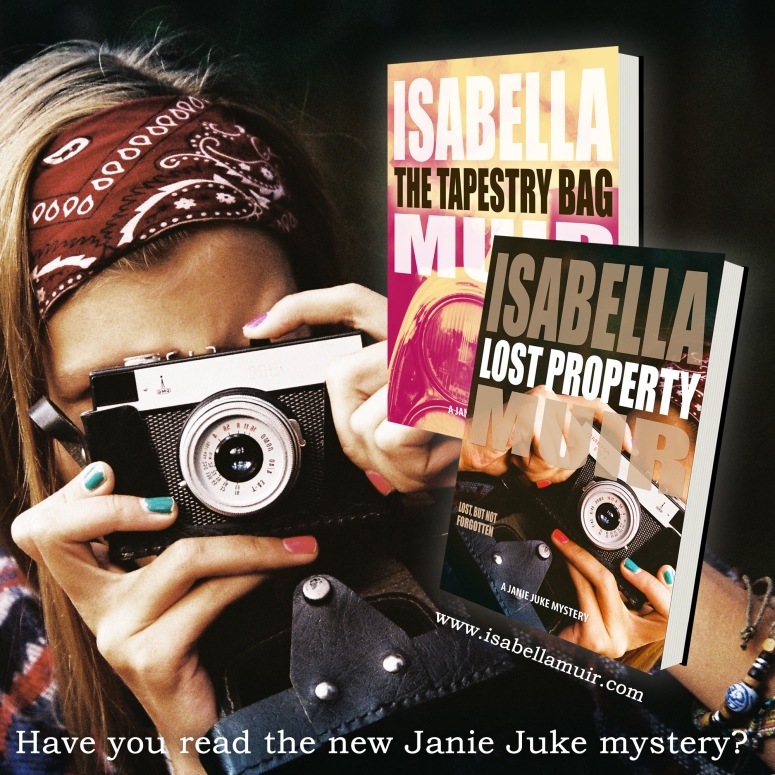 In between drafting the two books in the Janie Juke mystery series I’ve been delighted to learn about the successes of two other Authorlab colleagues.  Deana Luchia has just announced the publication of her book, Harry and me and Allie Burns is receiving great reviews for her first novel, The Lido Girls, with a second novel in the pipeline.  My writing buddy, Chris, has supported me throughout the twelve months with positivity and enthusiasm.  He is prolific with his writing, having published a trilogy of Nordic thrillers, as well as three short stories.  His published works continue to grow and I’m looking forward to seeing all the new titles he has planned for 2018.

In addition to working with Chris, I have joined in an online forum organised by Mslexia, where a small group of writers provided useful critiquing of each other’s work.  I accepted an invitation from Lynn Michell, the Director of Linen Press to complete a book review for The Red Beach Hut, and I have joined a local writers’ group.  Aside from writing, I have been reading voraciously and learning so much from the variety of writing styles, plotlines and characters.

In short, I have been immersing myself in words.

My daily writing habit continues.   Over the last twelve months I have learned a lot, but there is still much to discover.  I have taken the first few steps along a path that I liken to an apprenticeship – with each chapter, each blog post, each book review – I am trying to improve.  Words are tricky, but they are wonderful too.  They open up new worlds for readers and they create healthy challenges for writers.

So, twelve months from Nanowrimo, what is my plan?  You’ve guessed it.  I’m about to embark on Nanowrimo 2017.  I don’t know how I will fare, but I hope it will take me a few steps further along my writing apprenticeship path and who knows what the next twelve months might bring?  I’ll let you know!

Have you had a successful writing year?  Let us know what writing challenges you have set yourself.  And don’t forget – if you are tempted to get into that daily writing habit – there’s still time to join Nanowrimo!

This site uses Akismet to reduce spam. Learn how your comment data is processed.